Better late than never, as the saying goes: on the evening of 23 April we released our Q1 2018 newsletter with a wrap up of our major activities during the first three months of the year. As CVA Board member René Hüsler wrote in the editorial, this quarter it was all about regulation: 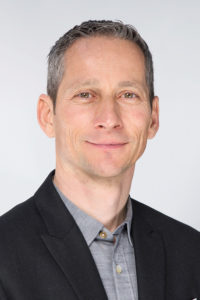 “If there was one theme that dominated the crypto world in Q1 it was ICO regulation.

This was certainly the case in Switzerland, where in February FINMA released its ICO guidelines, garnering a great deal of interest both domestically and in the global blockchain community.

At the CVA, one of our main responsibilities is to represent our members and the nascent blockchain industry in Switzerland in the regulatory and policy debate, and so it’s no wonder that we have been very active in the ICO area too.

As you can read below, in January, we released our ICO Code of Conduct. We also partnered with FINMA to organize and carry out a series of roundtables in Zug, Geneva and Lugano to explain the guidelines to the public, and collect feedback.

We are involved in the policy discussion in other ways too. We take part in the Swiss government‘s Fintech Roundtables. We are also a member of the Swiss Finance Ministry’s Blockchain Task Force. Participation in these and other forums allows us to add our perspectives and insights as we work to educate policy makers and support regulation that both protects consumers and fosters innovation.

Both of these goals are extremely important to our community.

We believe for example that the ICO will over time go mainstream to become an innovative and important way for companies to raise capital. Regulation will of course play a central role in this development.

Nor is it just ICOs. Our long-term goal at the CVA is to support a sustainable and successful blockchain industry in Switzerland, one that creates jobs and contributes to economic growth. Clearly legal and regulatory issues will play an important role in the broader industry too. (To get a flavor of what that means, just consider the thorny issues around how blockchain technology can be reconciled with GDPR in Europe.)

We will therefore continue to take part in the regulatory and policy discussion on all levels, and do our best shape the debate to the benefit of our members, our growing industry but also the users and consumers of this new technology we are building.

We encourage all members to stay on top of the issues, and where possible, join the debate too.

You can read the full newsletter here.

Or
If you have linked your account to one of the following social networks, please click on the relevant icon to log in
Not a member yet?
Join us!